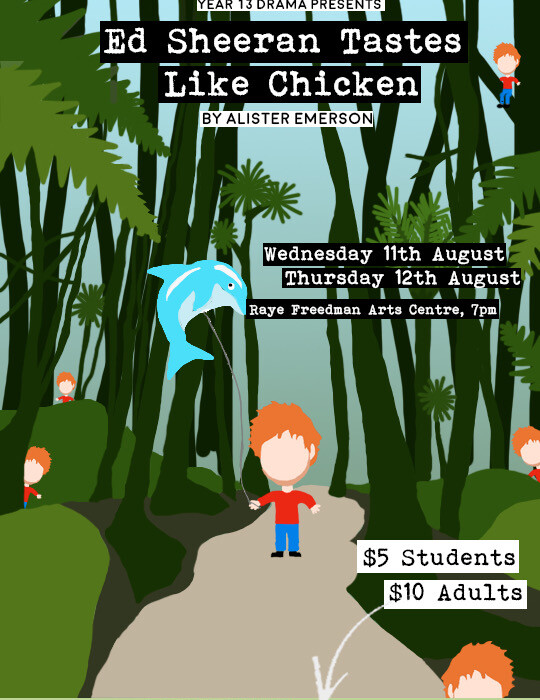 Set in a world where Miniature Ed Sheerans live peacefully in the wild, Hannah (H for short) – a feisty roller-derby-playing adventure guide – must protect the last remaining Miniature Ed Sheerans from the ruthless hunting practices of BARRACUDA INDUSTRIES, a heartless global corporation.

Things take a desperate turn when an injured Miniature Ed Sheeran rescued by H is kidnapped by BARRACUDA INDUSTRIES thugs who plan to sell it to the highest bidder, or turn it into sausages!

H recruits a group of unlikely heroes and races against time in a play which uses comedy and elements of the absurd to expose the true absurdity of the real situation facing the world’s last Maui’s dolphins in New Zealand and the critically endangered Vaquita dolphins in Mexico.