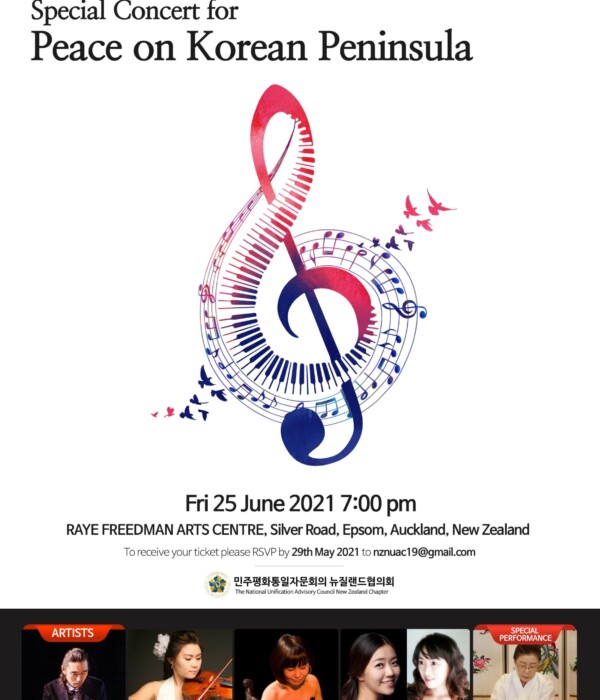 The National Unification Advisory Council (NUAC) is hosting a Special Concert for Peace on Korean Peninsula commemorating the 71st anniversary of Korean war.

Despite 4700 New Zealanders serving as part of the NZ contingent, Kayforce, under UN command and 1800 serving on the Royal NZ Navy during the war and for a period of time after the armistice (1953-1957), the memories of their sacrifices are fading away from the memories of many.

This FREE classical music concert features performances from numerous well known Korean-Kiwis commemorates the Korean war and aims to promote the ongoing efforts to formally end the war and to establish long lasting peace on the Korean peninsula. A mini-exhibition of Korean war photographs and a special tea ritual performance will also accompany this event.